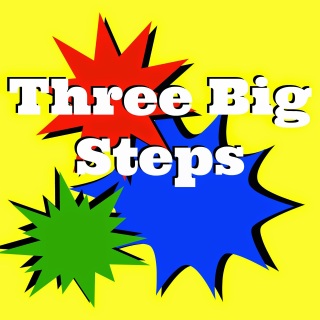 I don’t know what it was last night, but I took three big hooping steps at class.

First off, I should mention my left shoulder is causing me issues to the point my doctor has shoved me into pretty intense physical therapy.  I stress:  THE INJURY IS NOT HOOPING RELATED.  In fact, I’m not sure what happened.  It’s probably from my poorly set up workstation.

That being said, class was focused on knee hooping, which I had already done with Jenny.  This was Big Step #1:  I managed to knee hoop for more than just two seconds!  I actually sustained the hoop on my knees for quite a bit, both circus style and the knee pump methods.  Yay!!

For Big Step #2, I finally can lift the hoop off my waist into lasso due to countless times of drilling it.  I worked on that move a lot at the hoop jam on Saturday, and it paid off.  Katie gave us five minutes to play around with other hooping things as a break from knee hooping.  I immediately started to practice the lift.  Yay!  Practice paid off.

Those three things had been pestering me in the back of my mind for a while now, but I knew I’d get them in time.  Now, if only I could get the chase weave down.