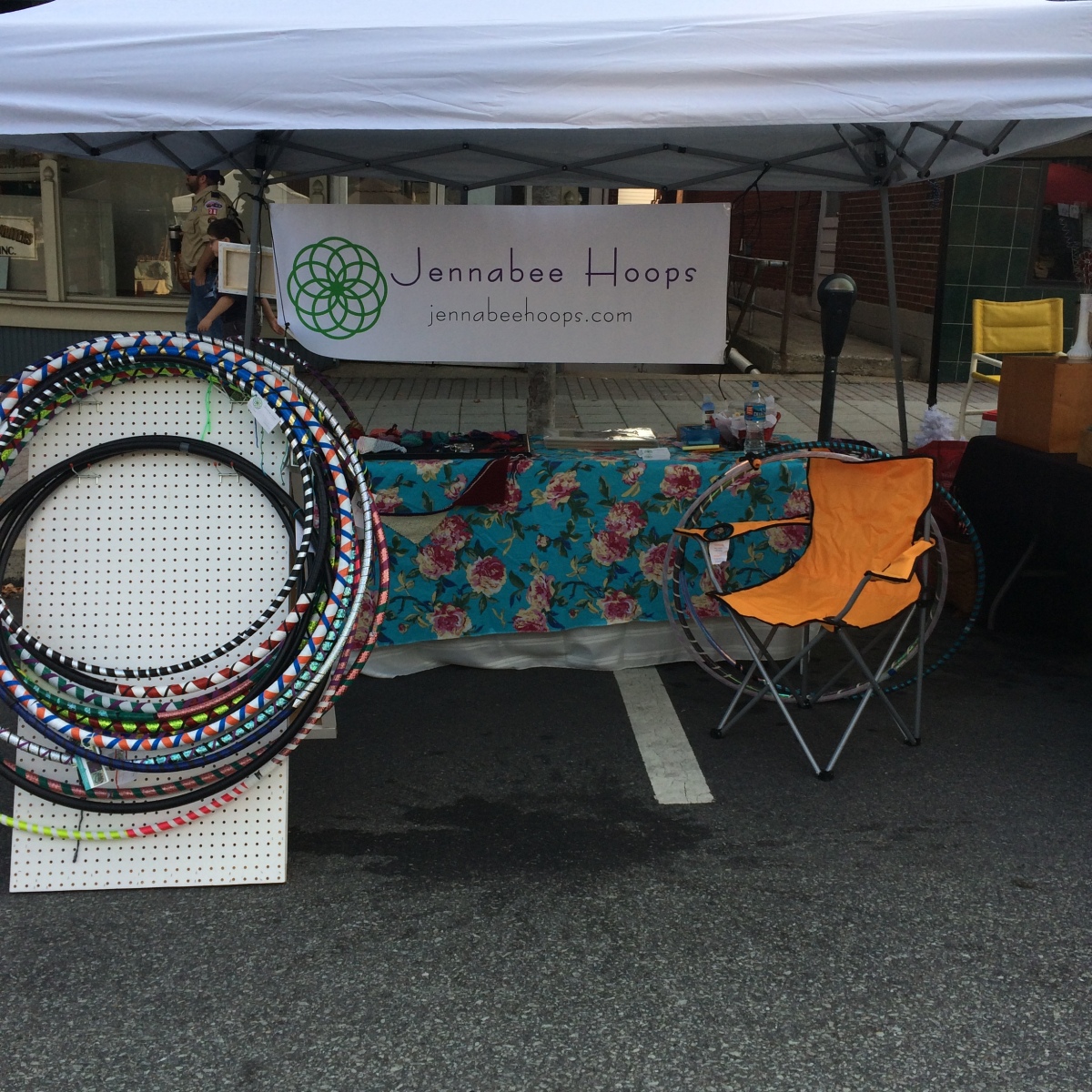 The Ephrata Arts and Craft Fest did not go well for me.  Despite me being well prepared and very enthusiastic, the turn out for the show was horrible due to the 91 degree Fahrenheit temperatures that day.  No one wanted to be out in the heat, and the people that did come didn’t appear to be buying much from anyone.

I sold one tape your own hoop kit.  One thing.  I didn’t even make back what I spent on the booth space.  To be honest, the whole thing wasn’t worth my time and effort.

I guess on the positive side, I did get my name out there, and people had fun watching me perform from time to time when I decided to do it. The booth on the right side of me didn’t show up, so I had a little extra space to perform.

I was also right near a dumpster, on the down side.  It’s sad when the people passing by are more interested in the dumpster than the booths, but it was true for Saturday.

I was packed up and ready to go by the time the show ended.  I know they organizers don’t want you to do that until the show is scheduled to end, but I didn’t care.  Neither did a lot of people who also had booths, too.  Three o’clock rolled around, and I was ready for Sam to pick me up and head into the air conditioning.

I was honest with one of the fest’s organizers who came around to see how we everyone was doing towards the end of the show.  I told her it was not a good day.  I know she can’t control the weather and they did all they could for advertising, but, hey, it still wasn’t a good experience.

So, that’s my post mortem on my time at the Ephrata Arts and Crafts Fest.  I’m not sure if I’ll do it again next year.  Probably not.  It’s just not worth the hassle.