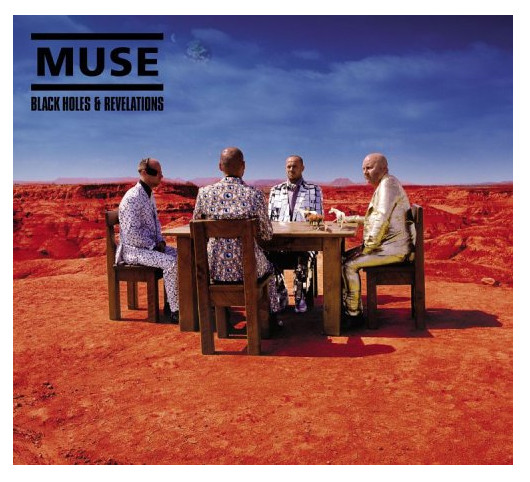 Ack!  The Studio Spin Student Recital and Instructor Showcase is August 6, 2016!  I’ve got a lot of work to do between now and then.

Actually, I have been working on my piece.  I decided for my music, I am going to hoop to the song “Starlight” by one of my favorite bands, MUSE.  It’s off their album Black Holes and Revelations, and which a fantastic piece of work, so you should check it out.

I’m glad I picked a song I know really really well this time, and one that I really really like.  It’s a song that easily broken down into defined sections that can be choreographed quite easily.

I worked on my routine last night in the backyard.  It was still hot as blazes in the evening, and tonight isn’t supposed to be much better, but I will still get outside and give it a few runs.  I even made a new grippy hoop with engineering grade reflective tape.  I hope it looks great when it perform!

Since I love MUSE, and I want you to discover them, too, I made this handy dandy Spotify playlist that you check out some of my favorites, and a good sampling of what they are about. 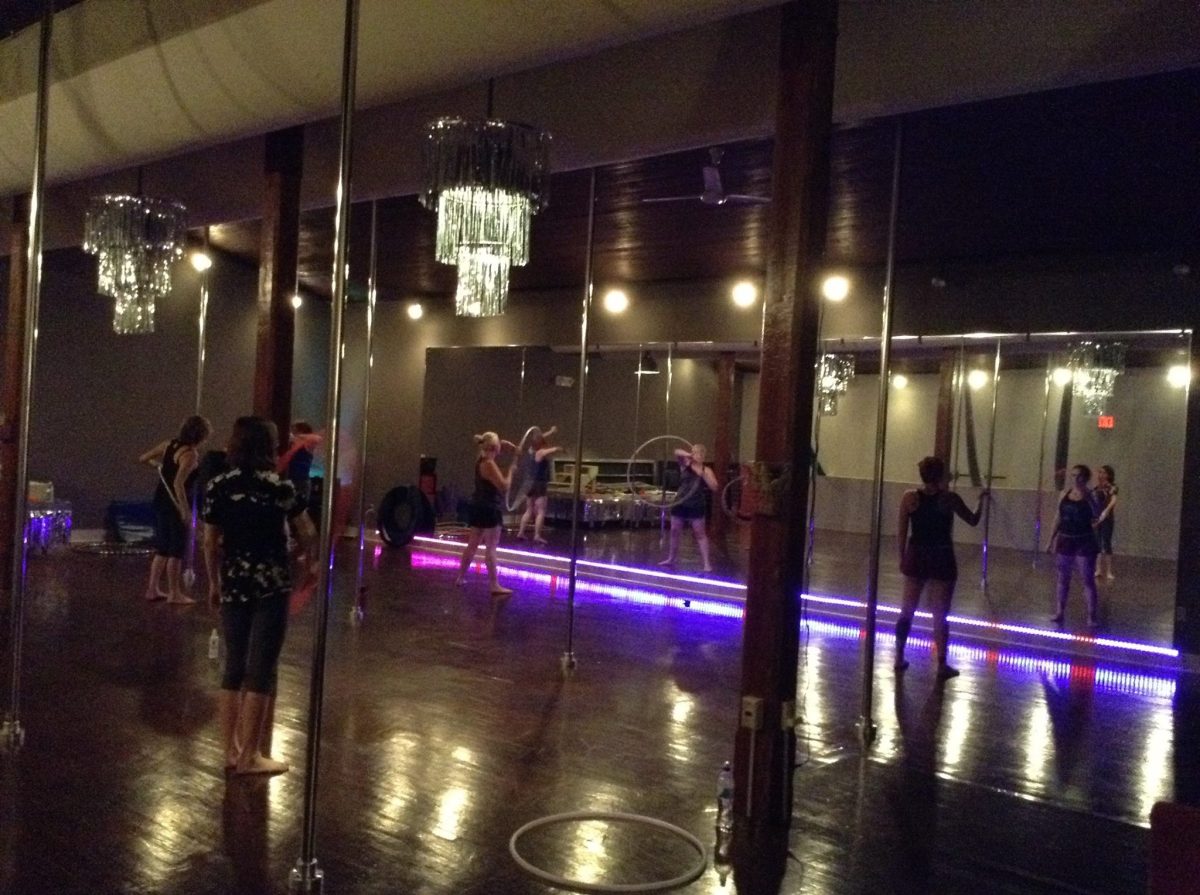 Yesterday, a group of eight hoop students wrapped up a five week hoop choreography class taught by Jenny Hill at Studio Spin.  It was a great class, and we learned a lot!  And, it was a lot of fun, too.

Jenny taught us a group hoop choreography to the song “Fever” by Peggy Lee.  It’s a great song for a group of gals to hoop to.

A few of us will also be performing the choreography at Studio Spin’s student recital on August 6, 2016.  I’ll be one of those performers in the group, and I will be doing a solo act, as well.

Want to see the video of our choreography?  Here it is on Vimeo!

We’ve had a few girls in class who had been in the color guard in their high school marching bands.  One was even a current instructor!

Now those color guard girls, and guys, for that matter!  They know how to twirl, toss, and twist.  They know precision and poise.

With those skills, I’ve seen color guard hoopers do some pretty cool off body moves, even after their first few lessons!

For example, we have a new hooper at Studio Spin named Krysten.  She has been hooping two weeks, and is a quick study.  Really quick, and she was in the color guard in her high school’s marching  band.

Lately, Jenny has been working with me on using double hoops.  It’s fun and challenging!  One of the doubles moves she was teaching me was threading the needle.  Krysten saw us working on it and wanted to give a shot.  Jenny have her two hoops.  After a few tries, Krysten was threading the needle with two hoop after never picking up doubles before.  Great job, Krysten!  Go color guard performers!

One of the students at the Rec center was actually an instructor for a local high school and was thinking about incorporating hoops in her guard’s routine.  I think that is awesome.  You can definitely apply the same skills to a hoop as you can with a rifle or flag.

Nah, it’s not really trouble, but a challenge, and one I will eventually conquer.

First off, it needs to stop raining, because I have some new stuff I need to practice!

This is why I’m grateful for classes at Studio Spin.  It gives me a chance to actually hoop without the threat of being drenched by the constant and damp that has been plaguing a lot of the East Coast during the past two weeks, and probably a third, too.  We need some sun!

Anyway, back to class.  Jenny taught me some cool isolation techniques with two hoops, and she also taught me the front/back chase weave.  I know the side chase weave, and can do it pretty well.

I think what’s going to be key for me to getting this is cleaning up my planes in my front while weaving with one hoop front to back.  I can’t quite get the hoop level when weave to the back.  That will come with practice, too.

I’m sitting here knowing I need to post something here.  I have a great thing to show you guys, but I can’t do it until I get a video.  It IS hooping related, of course.  Still, I need to update here.

Let’s do a 5 Things Thursday.  Why not?  I haven’t done one in a while.  Let’s do some throwbacks.  Here are five I’d like to share.

The first class of the Ab Fab Hoop Lab on Wednesday night was great!  There were three other people in class.  Two were college students on break who were looking for a fun activity to do before they went back to school, and the other was a nice lady named Connie.

Connie had seen hoopers in Long’s Park during the park’s summer concert series, and thought it looked fun, so she found the class at Studio Spin, at it’s new day and time of Wednesdays at 7:15pm, and decided to try it out.

I love seeing people start their hooping journey.  The determination in their faces, their smiles when they get it, and surprise at the potential.  I remember it myself.  It’s a good place to be.

It’s why posted a picture today of me with one of my first hoops after I first started hooping.

I hope Connie comes back.  I think she will, as she was very happy and enthusiastic after class about returning.

Interested in taking up hooping in the New Year?  Two classes, each taught by Jenny Hill, are being offered in the Lancaster, PA area.  Here they are and where you can take them.

Both classes are a great opportunity to get into hooping, and I hope those you in the areas of both places take the first step to try it out!

I got to hang out with a new hooping friend on Sunday.  Her name is Carol, and we are in Jenny’s hooping class at Studio Spin on Monday nights.  The week before, she had wanted someone to hoop with, just for practice and such, and I told her I’m usually up for stuff like that.  We exchanged contact information.

Come last Friday night, she e-mails me asking if I’d like to get together on Sunday.  I said I would, and hooped for about an hour and a half on a hot and humid afternoon.  It was nice!  She is a new hooper and full of questions.  Carol also wants to excel and learn.  That’s exciting to see!  We found a great place to meet at a local park.  It beautiful, with lots of shade trees and open grass.

I hope to hoop with Carol soon again.